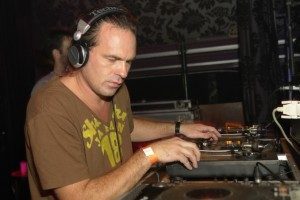 Hard in every way and all the way...!

BUZZ FUZZ has played all over the world in such places as Australia, USA, Russia, Canada, and of course all over Europe!

He was awarded “Best Hardcore Producer” by Thunder Magazine, “Best Remixer”, as well as “Best Record Label” for his BZRK Records, which today is one of the best selling hardcore labels in the Netherlands, in addition to TRIPAX Records. He is part of the legendary DreamTeam – a group of DJs/Producers consisting of Gizmo, Dano, The Prophet, and Buzz Fuzz.

Buzz Fuzz started out in 1991 playing HipHop and R&B from ’86 to ’90. In ’92 he won the Dutch House DJ Championships, and started producing records for such labels as Combined Forces, ID&T, Traxtorm, D-Boy, Industrial Strength, Bonzai, and Adam. Some of his smashing tracks include “Frequencies”, “Hey!”, “XTC-Love”, “Jealousy is a M.F.”, “Men Of Teflon”,SOS Message In A Bottle”,”My Imagination”,”Kickz Of Steel” and “Beathooverzz”

Buzz Fuzz, a.k.a. Mark Vos is born in Amsterdam on March 12, 1969. He is a renowned deejay in the hardcore scene. He started his deejay career in the year 1987 with mixing hiphop and swingbeat at the Zorba in Amsterdam. In 1991, being inspired by a live-performance of dj The Prophet he decides to focus solely on hardcore house. After a considerable time, he achieves to establish himself in the hardcore scene and later he would receive bookings from Hellraiser, Thunderdome, Dance Valley and Multigroove. He became an internationally renowned deejay in the hardcore scene. Together with DJ Dano, The Prophet and DJ Gizmo he formed the Dreamteam.