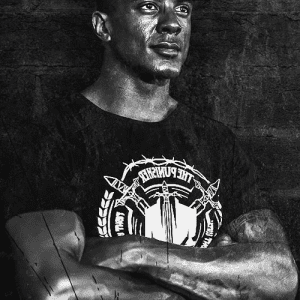 Originary from the departement of Ain in France,The Punisher,born in 1986,begins mixing at the age of 16. During his workstage he changes different music styles. In 2002 when he moves to Péron,he meets MALASSTRASH who’ll make him discover Hardcore and who presents him HORNY,member of the of the old and well well known team from Haute Savoie “HARDCORE ZONE”. When he became 18 he began to mix in Geneva parties and in French free parties.

His young age and his skills astonish a lot of djs and gabbers. Nowadays he’s into dirty industrial style with distortion kick and trash vox.

The Punisher is pushing industrial and darkcore to new levels to an ever growing fanbase. Keep an eye on this guy!