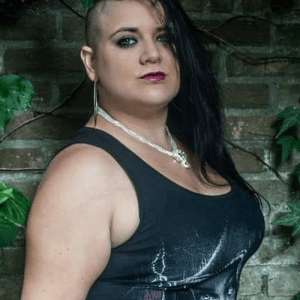 Started in 1996 working at a local radiostation. In those days he met several guest-DJ’s who came spinning records during the evening shows. Since then he got fascinated in the art of Dj-ing and soon after that he bought his first records, mixer and turntables.

In the year 2000 he became a resident DJ for the Subway (former Kadance in Tilburg) on the mainstage.

Since 2004 he founded the Freestyle-concept “Pay-Back” what was held in Breda.

In the following years, he participated at several DJ-contests through Holland which
resulted in some victories because of his technical mixing skills and adrenaline on stage. After that, he played at several small and larger parties like “DJ Yves 40th b-
day”, “Pussy Motherfuckers”, “Imperial Hardcore” and “T-Town Madness”.

In 2008 he got interested in producing electronic music and since 2011 he started learning and creating hardcore-music as a producer. In June 2014 he made his debut with the release of the track “Necronomicon” on the massive label “Partyraiser Records”. In February 2015 he released his second track called “My Style”, also on “Partyraiser Records”. More releases followed on labels like Darkside Unleashed, Fucking Bastards and Toxic Sickness Digital.