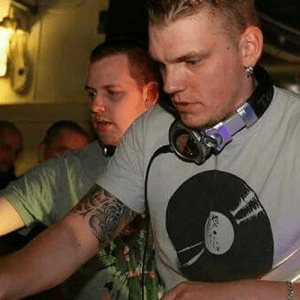 Gabber Syndrome consists of Bas Hermanie and Arjan Douwsma, two friends from the northern part of Holland. They both started mixing early hardcore in 2010. Fed by their shared enthusiasm for mixing and the passion for the music, it quickly became clear these guys had the same taste. After a few months of improving their skills and giving shape to their characteristic sound, they decided to play together as ‘Gabber Syndrome’. Their sets are packed with forgotten tracks and energetic, euphoric tunes.

They performed at events like Legends of Core, Kings of Core Festival, Ouwe Stijl is Botergeil, House the 90’s and Retrospect. Watch out for these guys, because you’ll hear a lot more from them in the future!