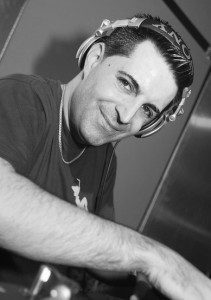 Ever since the early 90’s, DJ Delirium has been a forefront leader in the hardcore scene. He’s appeared countless times at some of the world’s largest events, and has had tracks featured on some of the world’s most legendary hardcore compilations including Thunderdome and Resident E. To date, DJ Delirium has released over 70 slammin productions with some of hardcore’s most recognized companies including ID&T, Industrial Strength, Masters of Hardcore, MegaRave, Psy-Cho-Tik, Fix Party & Encore. DJ Delirium’s got studio skills and has proven that with his top quality productions. Anyone who’s ever seen DJ Delirium perform knows about his smooth mixing and tight scratching. His DJ skills have taken him from New York to Holland, Italy to LA. In these cities, among many others, he has rocked dance floors for crowds of over 30,000 people. DJ Delirium has brought the hits from the studio to the dance floor for the past 12 years, and there’s no sign of stopping him. So be prepared for the mantis to strike again.