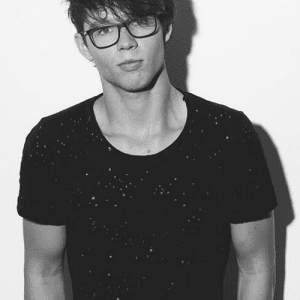 Atmozfears, Also known as Tim van de Stadt, is a Dutch hardstyle artist pushing boundaries with his emotive and energetic sound. From what originally started as a trio in 2008, Atmozfears has grown to become a huge name in dance music with Tim at the helm sporting his innovative approach to music.

Support for Atmozfears has been flying in from all angles since Scantraxx signed the exciting hardstyle act back in 2012. The biggest names in the genre regularly play his tracks in their sets, including Headhunterz with his Hard With Style podcast. In the past 12 months Atmozfears has reached incredible performance milestones. Defqon.1 Festival, Intents Festival and Knock Out are just a few of the parties conquered so far, but who could forget the astounding appearances in Amsterdam’s Ziggo Dome and Heineken Music Hall.

Tim is known for spending almost every waking hour of his day in the studio or on stage. His level of dedication to music isn’t something you can learn or forget. It’s a true passion to spread enjoyment and a sense of togetherness. Atmozfears is ready for the future, and will continue working non-stop to take this scene to the next level!