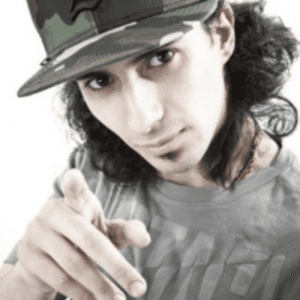 Dario started to listen to hardcore more and more and became curious how all of his favourite records were produced. He started making music as well and after years of hard work, he delivered his first piece of art on Impulse Records. “The Ultimate Motherfucker”, which is still being played up to this day. These three tracks were also noticed by the Stunned Guys. Maxx and Giangy scouted the talented youngster and after two EP’s on Impulse Records, he was ready for the big job: releasing an EP on Traxtorm Records. It turned out to be a brilliant move by the label managers, because the impact of Amnesys’ “Mainstream Nitro” EP was bigger than expected. The four tracks dominated the dancefloors for months, got on nearly every hardcore-compilation in 2007 and the B1 “My Motherfuckin’ Name” ended up in fourth place at the MOH Radio Live Top 100 2007, a chart based on the votes of the audience. 2007 was a crucial year in his career, but nobody knew that hell was about to break loose in 2008… 2008 was just one month on its way, when Amnesys dropped his “Worldwide Crisis” 12″.

From that moment on, Dario was no talent anymore, but one of the world’s most important producers. Playing his record on Masters of Hardcore – Warrior Elite ( his first big performance in The Netherlands), the venue was nearly torn down: Amnesys put himself on the map, not only as a great producer, but also as an outstanding DJ. The EP was released and caused an earthquake in the hardcore scene. Every DJ over the world played “Worldwide Crisis”, “Underground Revolution” and “Catastrophes”, and Dario got booked for loads of parties in 2008. Just some highlights of his 2008 resume: Masters of Hardcore, Dominator, Defqon.1 and Project: Hardcore.nl. At the end of 2008, Dario heard about “Worldwide Crisis” being voted best record of the year by the MOH Radio Live-show audience. Thousands of hardcore-addicts said that the track was their favourite production of 2008.

An insane year ended with the ultimate reward for Dario and of his skills. The expectations for the follow-up of “Worldwide Crisis” were as high as the Mount Everst, but Dario managed to match them. With his incredible release “Elevation”, Amnesys proved that the “Worldwide Crisis” EP was not just an incident. The titletrack is a mainstream masterpiece, “4D Future” predicts the evolution of hardcore in 2009 and “Raw Generation” is a true romper stomper with an insane kick. All tracks are played by all major DJ’s and get raving reviews from the crowd. Amnesys’ hunger for getting people dancing is unstoppable, as he became one of the most popular hardcore DJ’s from Italy. Getting booked by all big promoters and smaller clubs, Dario Renzi is one of the guys to become the next Italian emperor of the hardcore-scene.